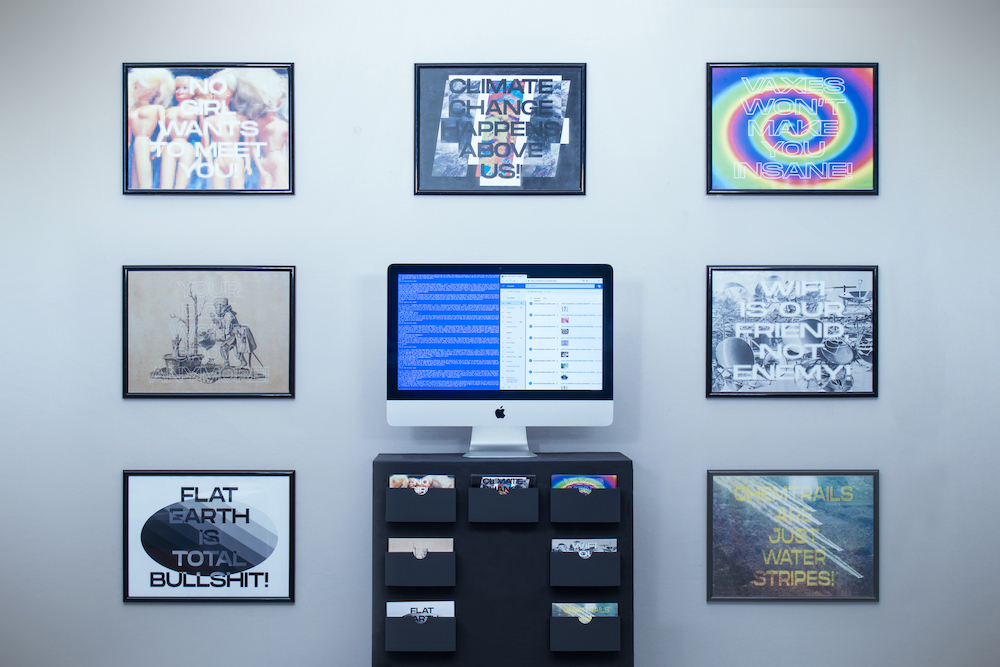 Project made with Amedeo Mencarini

The advent of new media, new technologies and especially the Internet has led to the creation of a fertile ground for the birth and dissemination of fake news; thetruthisfakenews@gmail.com takes shape from the intent to fight those who spread them.

It is a spambot whose job is to send emails, every day by the thousands. The recipients of the latter are websites and private users responsible for the creation and dissemination of some of the most relevant hoaxes of our days, who see their e-mail boxes assaulted by the hundreds of messages that the machine sends them. daily basis.

The idea is to create a counter-propaganda fought with their own weapons whose purpose is, however, different: to debunk and hinder the spread of fake news.

This project has been exhibited in the Premio Nazionale delle Arti 2019 organized by the Accademia Albertina.