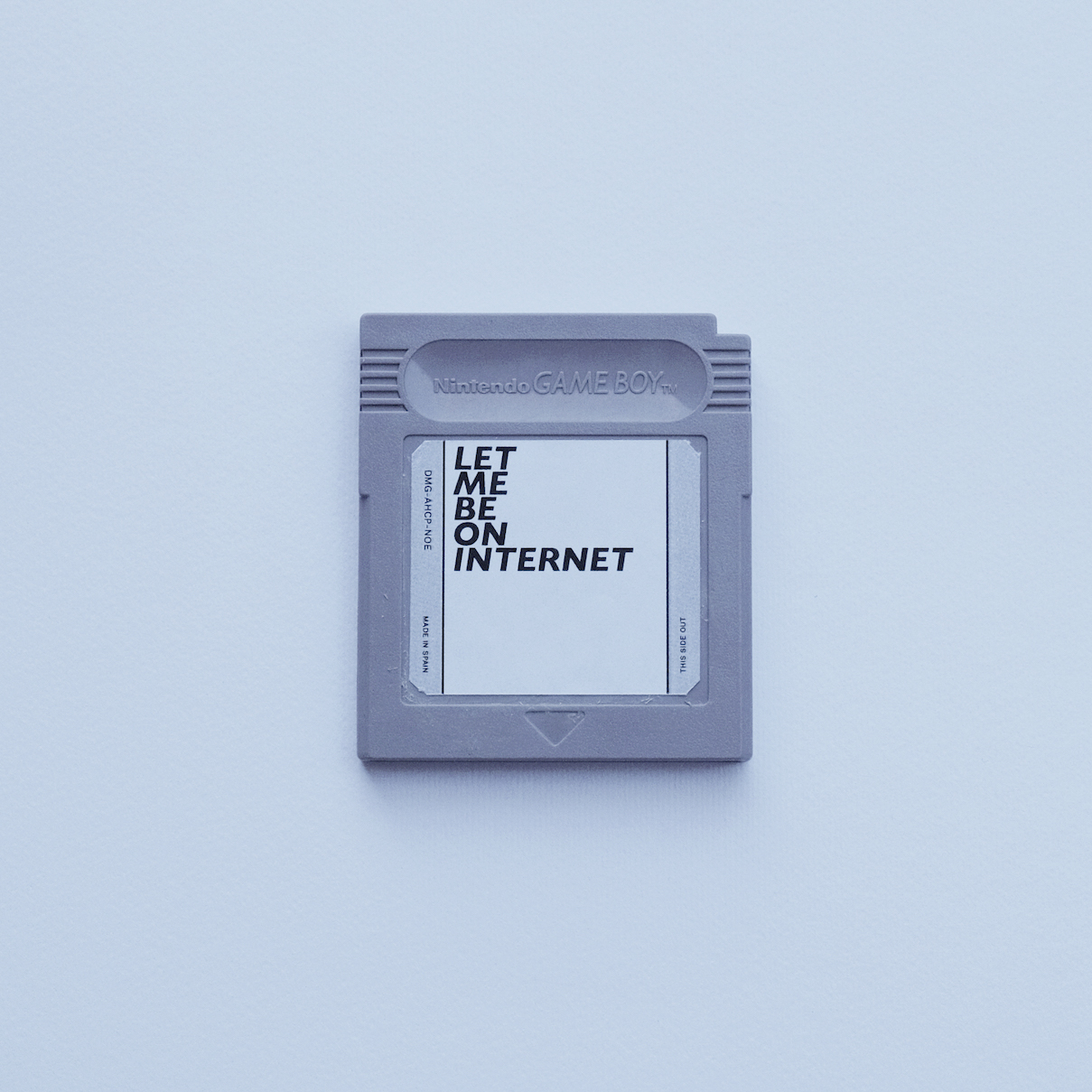 The first Game Boy was released in Japan on April 21, 1989.
One thing that was missing, for technical obviousness, was the ability to connect to the internet, remember that Tim Berners-Lee in that year theorized the functioning of the World Wide Web.
Shortly thereafter, the Internet wave will enter any reality, including that of the video game industry. Almost all game consoles nowadays incorporate an internet connection.
Not only do they take advantage of this connection, but a new videogame scenario has been created around the online gaming landscape (from the first experiments with MUDs, to Ultima and the most recent Fortnite).
A clear example is the live-streaming, Let’s Play, which has fueled the creation of world events with high media resonance such as e-Sports.
According to SuperData Research, people watching this type of video content rose to 665 million in 2017.

Let Me Be On Internet is a cartridge I have personally programmed for the Game Boy.

This, once started, produces an infinite random symphony using the 4 main sound channels of the device.
The installation / performance consists of connecting this Game Boy to a computer for a live stream that will go to the Twitch online platform.
The Game Boy will continue its melody as long as its drums allow it, almost as if it were its swan song, and from there it will remain in the “digital paradise” of the cloud of a video hosting service.